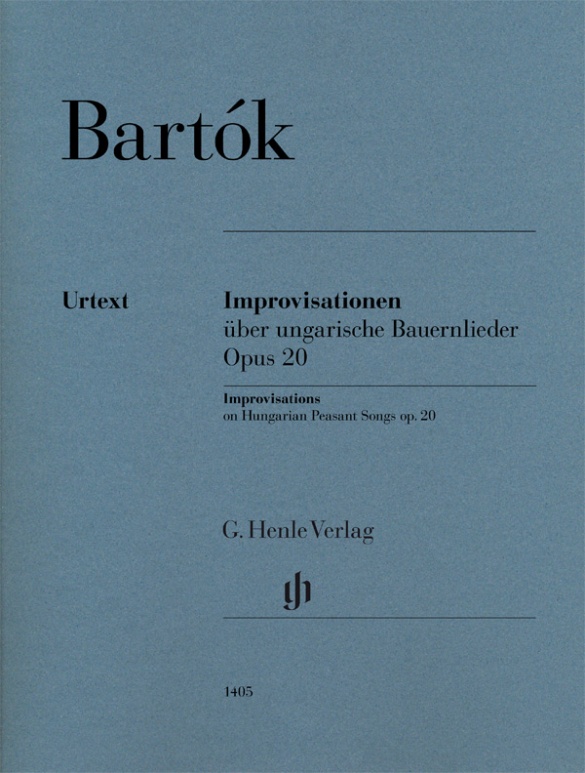 No distribution right for France and Spain.Joint publishing venture with Editio Musica Budapest.

After his 15 Hungarian peasant songs (HN 1404), these Improvisations on Hungarian peasant songs are the second of Bartók’s works to feature the words “Hungarian peasant songs” in their title. The manner in which he confronts folk melodies with subtle, avant-garde sounds here was later described by Bartók himself as venturing to “the outermost limits”. He also breaks up the song structures so radically into their constituent motives that the title “improvisations” best conveys his approach to this folk music. The musical text of this Urtext edition, edited by Bartók expert László Somfai, is taken from the relevant volume of the Bartók Complete Edition. Comments at the close of this edition offer important hints on performance practice.