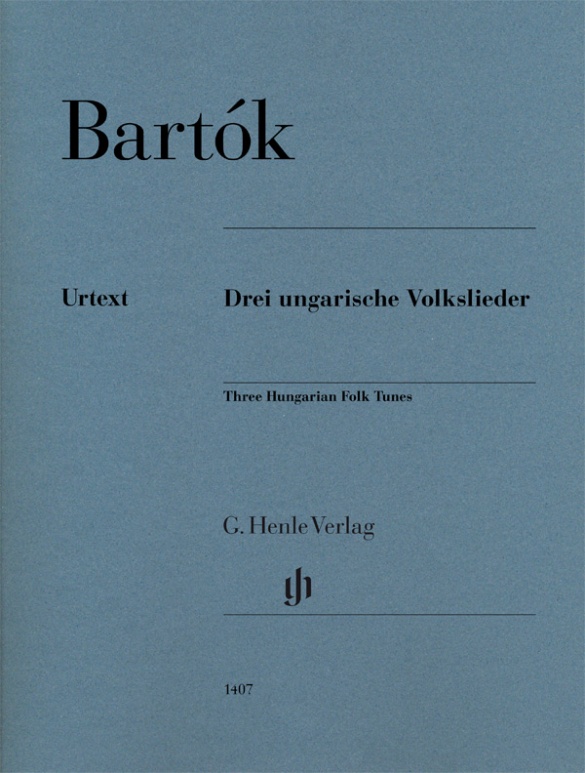 Of the many works Bartók composed on Hungarian and Romanian folk melodies between 1914 and 1918, these three piano pieces occupy a special place. Originally outlined for the collection 15 Hungarian Peasant Songs (Urtext edition HN 1404), the drafts were left untouched for the next twenty years. Not until 1941, when Boosey & Hawkes asked the composer to contribute to an anniversary album for the great pianist Ignaz Paderewski, did Bartók, now settled in the United States, return to these long since notated piano pieces on the folk music of his homeland and thoroughly revise them. Unusually, the first edition issued in 1942 did not include the folk music sources; however, they have of course been reproduced in this Urtext edition based on the Bartók Complete Edition. What’s more, Bartók’s own recording of the pieces has been analysed by editor László Somfai, both in his preparation of the text and in Suggestions for Performance