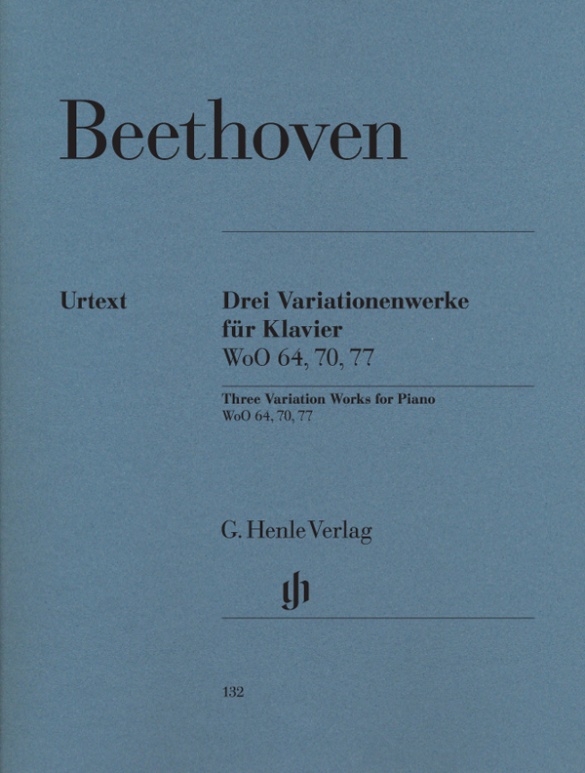 This small volume comprises three variation cycles of Beethoven’s which are brought together in Urtext editions that are technically fairly easy to master (level of difficulty 3-5). Two of them, the Variations on a Swiss Song WoO 64 and the Variations on an original theme WoO 77, are already marked as “faciles” or “très faciles” in the titles of the respective first editions. When Beethoven sent a manuscript of the Variations on a Theme from Paisiello’s opera La Molinara to the lady for whom he had written the work, he is said to have added the words: “They are so easy that the lady should be able to sight-read them.” It is clear that such remarks were not to be taken too seriously; all three variation cycles boast both musical and technical challenges.